WHAT TO KNOW ABOUT REPORTING ENCAMPMENTS

Here are a few things that can be helpful to the city in coordinating a fast response when an encampment is first identified:

IDENTIFYING OWNERSHIP OF A PROPERTY WITH AN ENCAMPMENT

The best action a resident can take is to report a homeless encampment. When calling 911 to report, please provide as much information as possible, including the exact location of the encampment and whether it is on public or private land.

How does a resident know if an encampment is loca 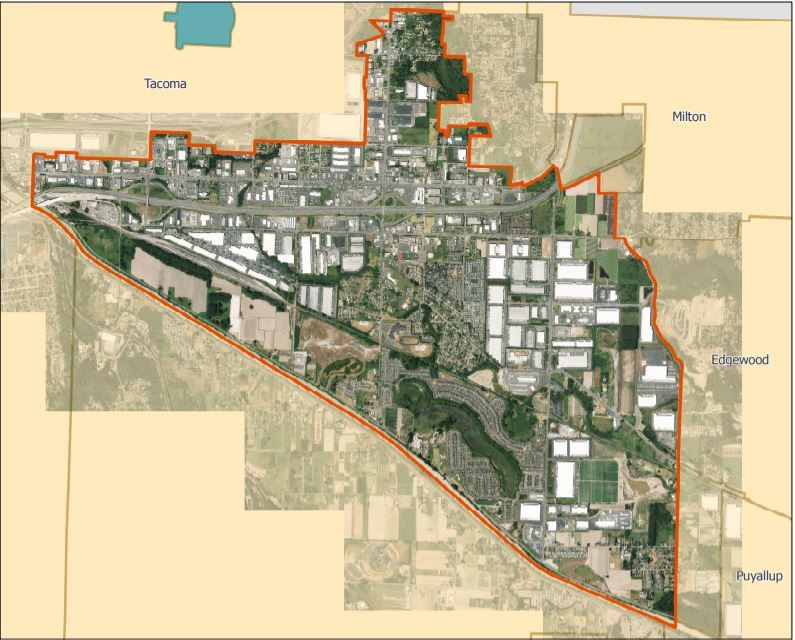 ted on private or public property? Use this resource to guide you. Visit: https://matterhornwab.co.pierce.wa.us/publicgis/. Check the box that says “parcels” and then “tax parcels” from the selection list. Zoom in to the approximate location, click on the outlined parcel shape, then click the information arrows on the pop-up box to find the parcel number. Please refer to that parcel number when reporting or asking a city staff member about a suspected homeless encampment. If you're unsure of the parcel number, reach out to city staff at citymanager@cityoffife.org for assistance.

For private property owners who have discovered an encampment or somebody on their property without permission, here are options:

If they do not leave, that is a crime called trespassing and they can be arrested and booked into jail for continuing to trespass.

PRIVATE PROPERTY OWNERS AND ENCAMPMENTS: WHAT TO KNOW

For those who have encampments on private property, help is available. Ultimately, property owners are responsible for maintaining their property, but city staff can help by answering questions about a homeless encampment on private property. Police officers can be dispatched to assist in clearing trespassers.

For encampments located on city property, the city’s police are dispatched to give a 72-hour notice to those on site who must vacate.  Chief Pete Fisher explains that the process is the same in every instance, “We have to go out, make contact, secure beds for residents at the time the camp is disbanded.” Police officers also are obligated to provide resources to those living in encampments.

View this “Chat with the Chief” video on the topic of trespassing on public property.

ENCAMPMENTS ON WSDOT, CITY OF TACOMA, PORT OF TACOMA PROPERTIES IN OR NEAR FIFE CITY LIMITS

Fife is limited in its ability to clear or clean encampments on public land that is not city-owned. These areas include properties owned by Washington State Department of Transportation (WSDOT), located within Fife city limits on the northern side of the city, as well as encampment areas just outside the border of Fife, such as along State Route 509, which is located in the city limits of Tacoma. Additionally, citizens might identify encampments on property owned by the Port of Tacoma.

Not sure? Utilize the Pierce County GIS – steps to do so are listed at the top of this page – to look up ownership of a property. Once a resident has identified that a public agency is the property owner, we invite citizens to reach out to those agencies to express concerns:

Fife residents might have noticed recent activity on an encampment located on WSDOT-owned property between 8th Street East and 12th Street East, off of 54th Avenue East in Fife. That parcel is located along the construction area for the Puget Sound Gateway Project, which will connect SR 167 from Puyallup to the Port of Tacoma and Interstate 5. On Nov. 16, multiple local agencies worked together to clear the site and offer services, including shelter, treatment programs and other outreach resources.

Because the parcels border Tacoma and Fife, as well as unincorporated Pierce County, the response represented a vast range of agencies working cooperatively. Response organizations included social service agencies, community liaisons, homeless outreach housing liaisons, police officers from the Fife and Tacoma police departments, police officers from the Pierce County Sheriff's Office, representatives from WSDOT's homeless outreach team, and more. This is one step in a larger process that WSDOT is taking on property it owns in the Tacoma and Fife areas. To read more about the agency's work, here is a presentation from the Fife City Council study session on Nov. 16, 2021.

To understand the coordination it takes to respond to encampments, please watch the video below, which was produced by the Pierce County Sherriff's Office.