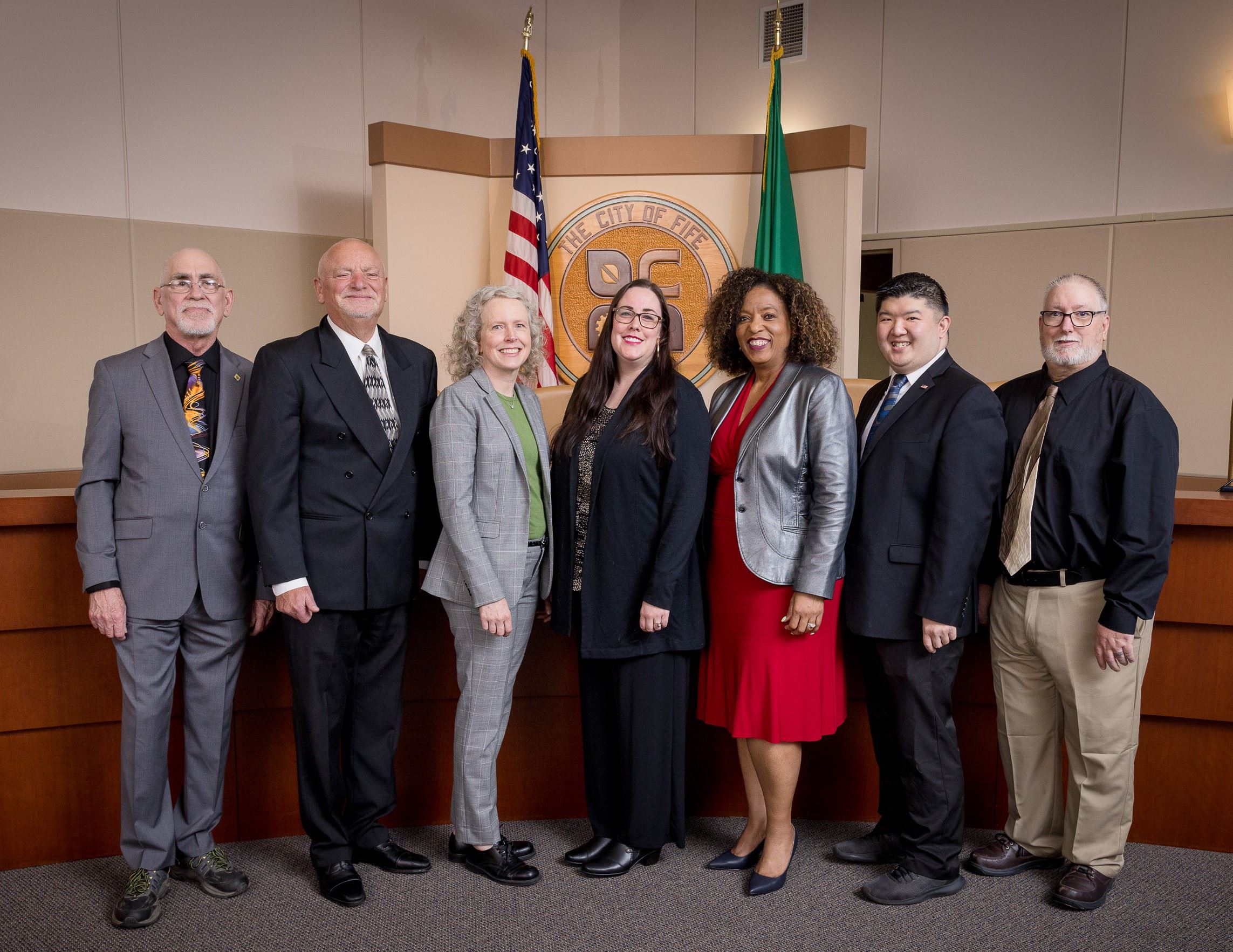 Everyone is encouraged to attend Council Meetings and make a difference in your community. Study Sessions are issue-specific working sessions, and public comment is not received.

You can watch meetings online or on TV.

Normal meeting days, location, and times are subject to change. You can view the current schedule for all upcoming meetings on the calendar.

City Council meetings can be viewed on television:

The Fife City Council consists of seven members, elected to four-year terms. The council serves as the legislative branch of Fife’s government. They are responsible for establishing policy, voting appropriations, developing the city’s vision and mission, and passing local ordinances, resolutions, and proclamations. They are also responsible for appointing the City Manager and the members of the city’s commissions.

The Mayor is the leader of Fife City Council and is elected by the other city council members from within their ranks. The Mayor is elected to a two-year term.  The Mayor serves as the chair of the city council, and also represents the city on ceremonial occasions like project dedications and city festivals.

CLICK HERE TO LEARN MORE ABOUT BECOMING A COUNCILMEMBER.

Each year, the Fife City Council sets goals for the following calendar year. You can find the city council goals below:

The council welcomes public input. Comments to the city council can be submitted in written form or given during the public comment periods at regular city council meetings.

If you comment at a council meeting, you will be asked to:

To submit written comments or ask questions about public comments, please contact the City Clerk at 253-896-8613 or email the City Clerk.

The well-being of our community is important to our city council and the city manager's office. If you have any concerns or issues you would like addressed, we encourage you to complete a Citizen Action Form. This is the most efficient way for us to get all the necessary information we need in order to respond effectively and timely. You can complete the form here.